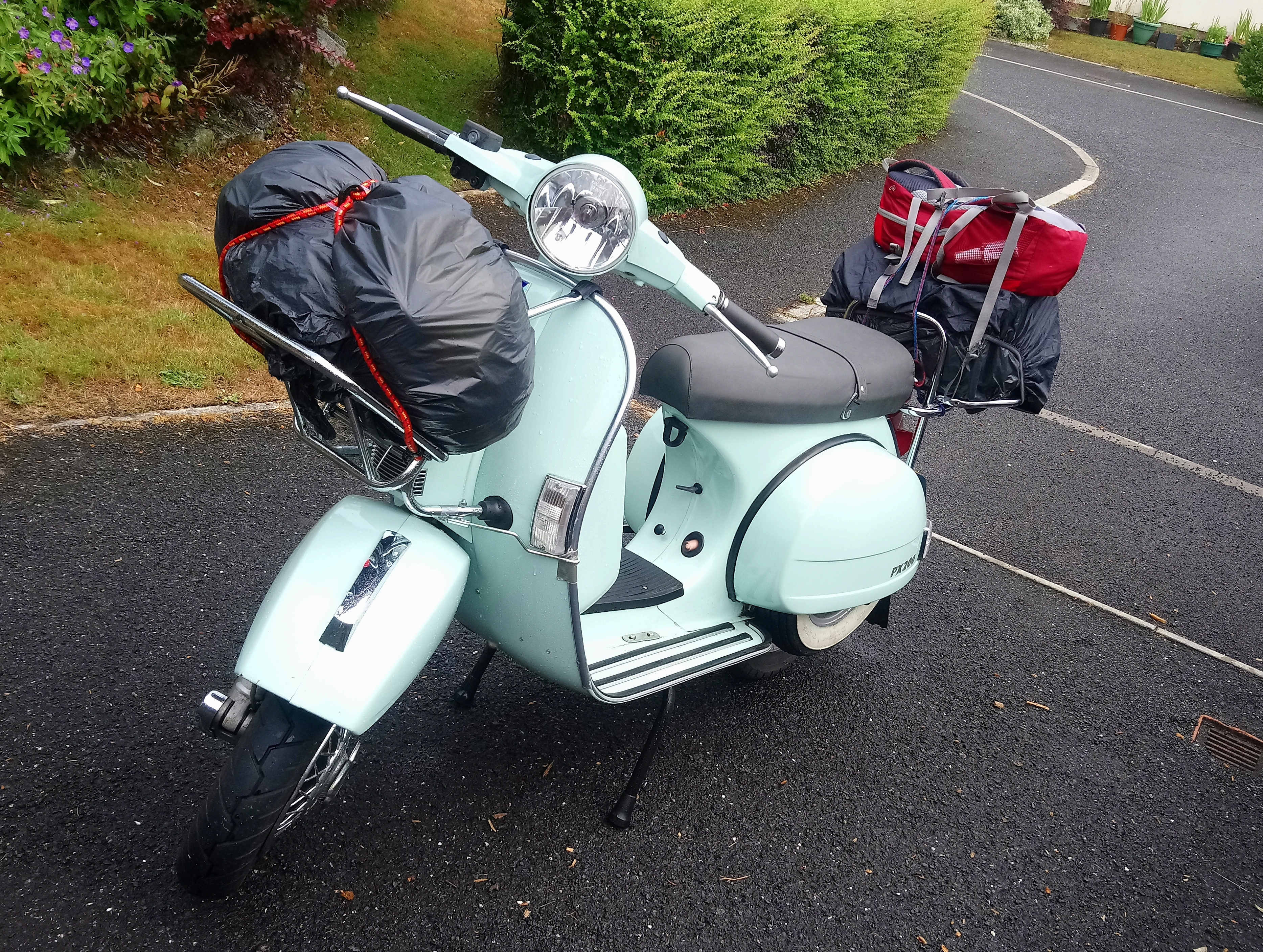 One of the last 200’s completely standard – as nature intended. Goes all day at a reasonable pace, fantastic rally machine 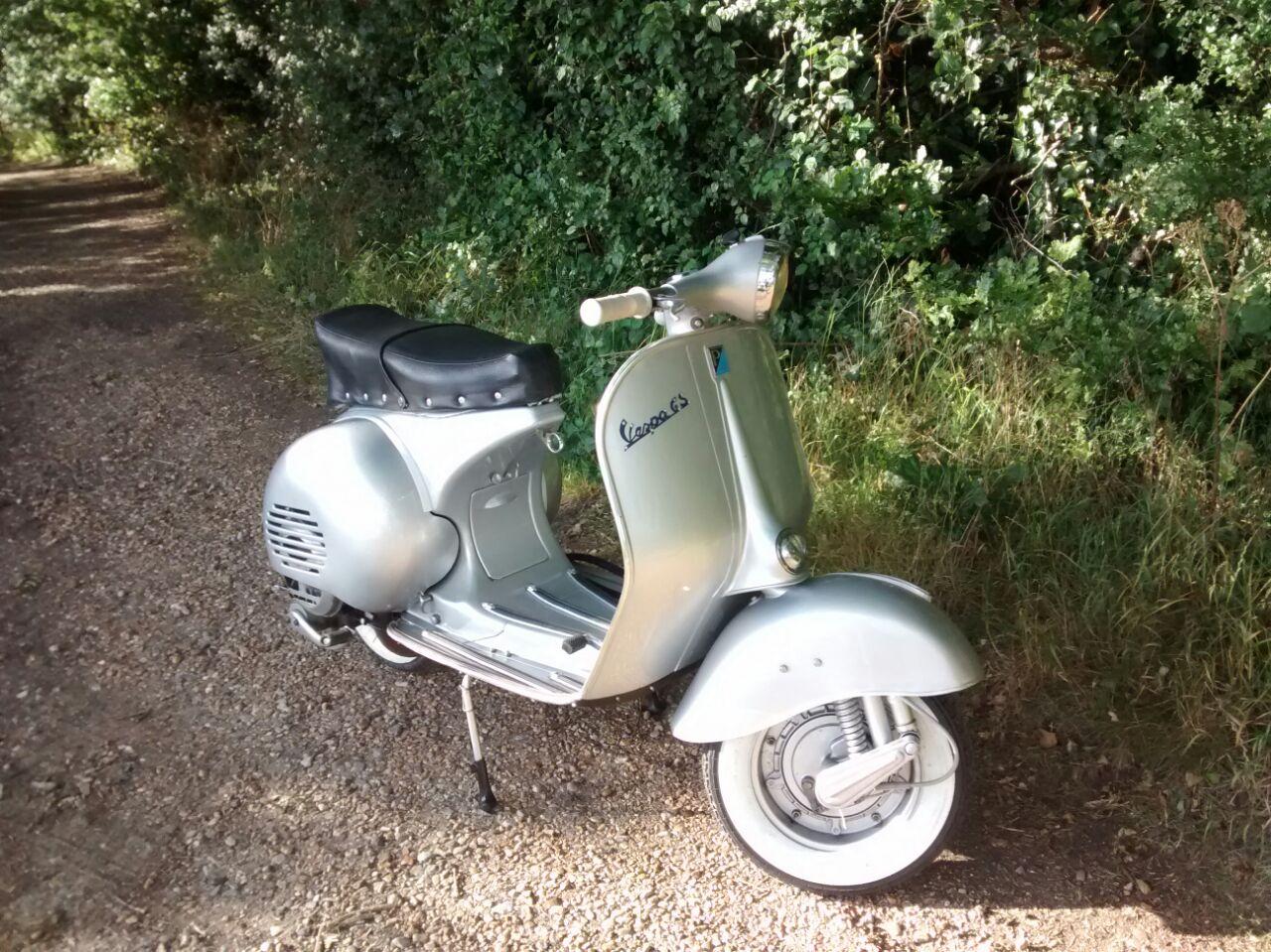 Import from Italy, standard engine (12V varitronic upgrade to get rid of battery) not really fast enough to keep up with most of the other scooters, but in my mind the most attractive scooter ever made. 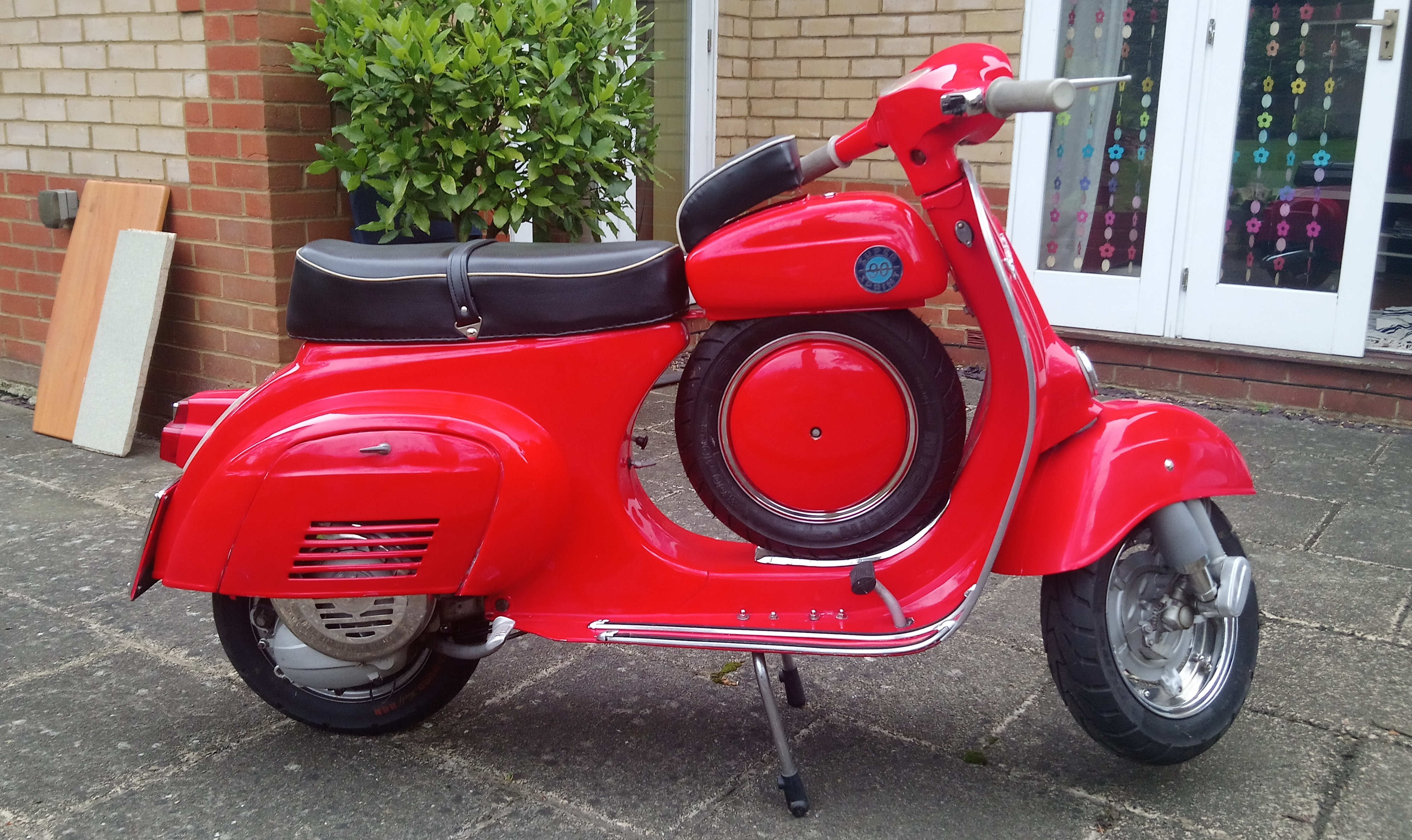 Hard to say what’s original ss90 and what’s not, its got a PK80 engine with a Mallosi 135 kit. It goes like a rocket and is so small and manoeuvrable, by far the most fun to ride. 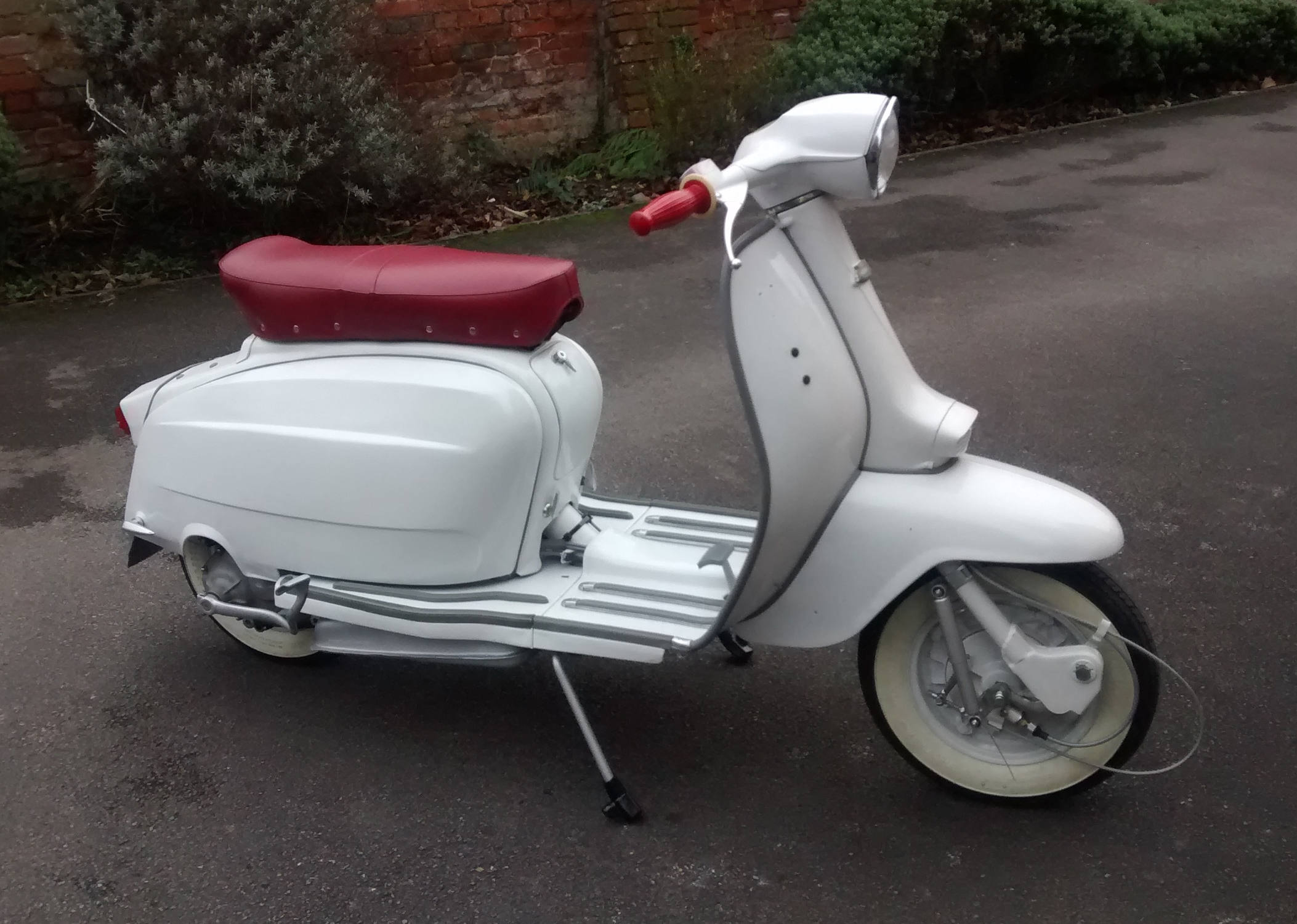 Owned this since 1985 most of the time its been in my dads garage. It’s a bit of a Frankenstein, hard to tell what’s original 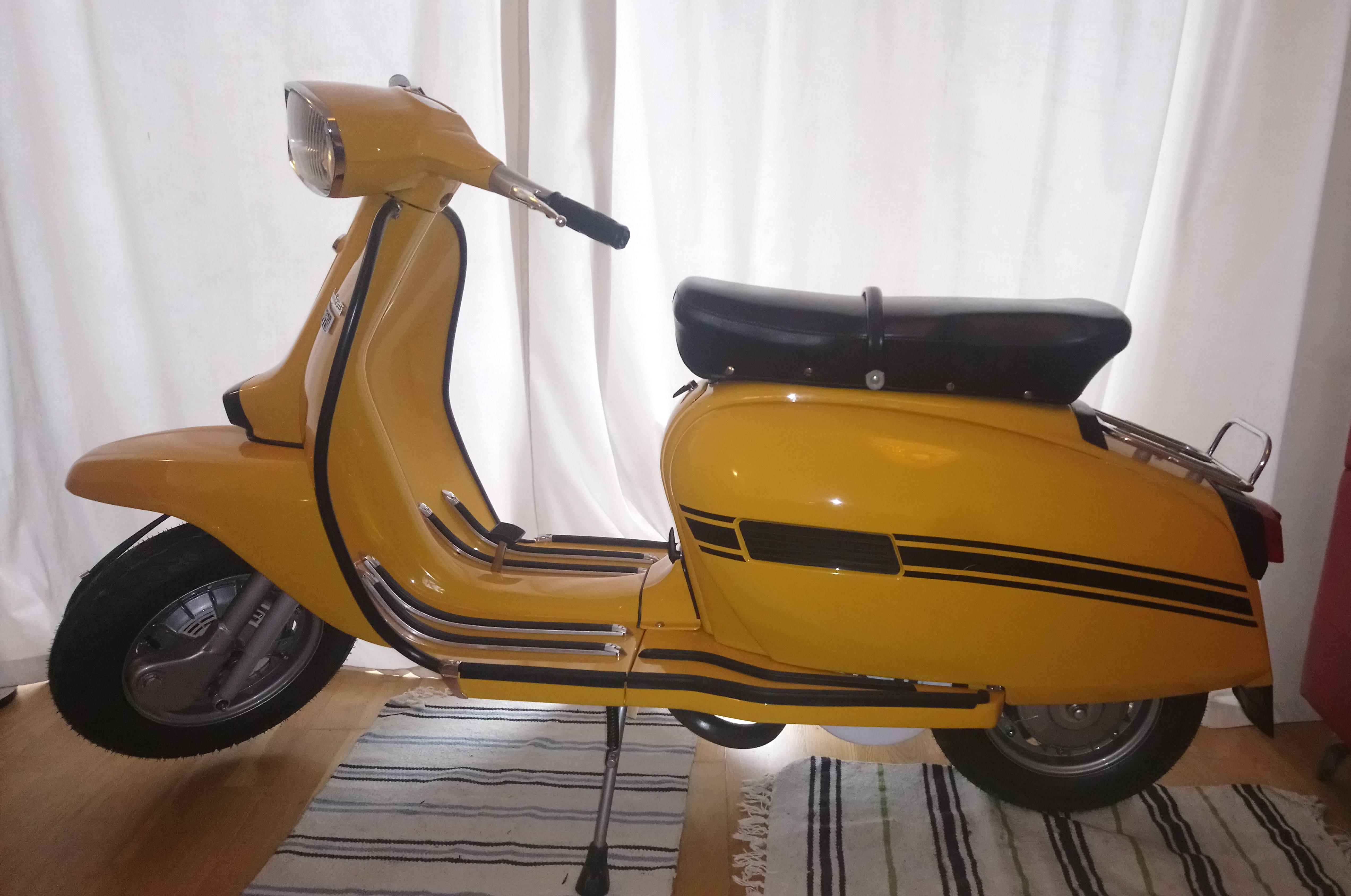 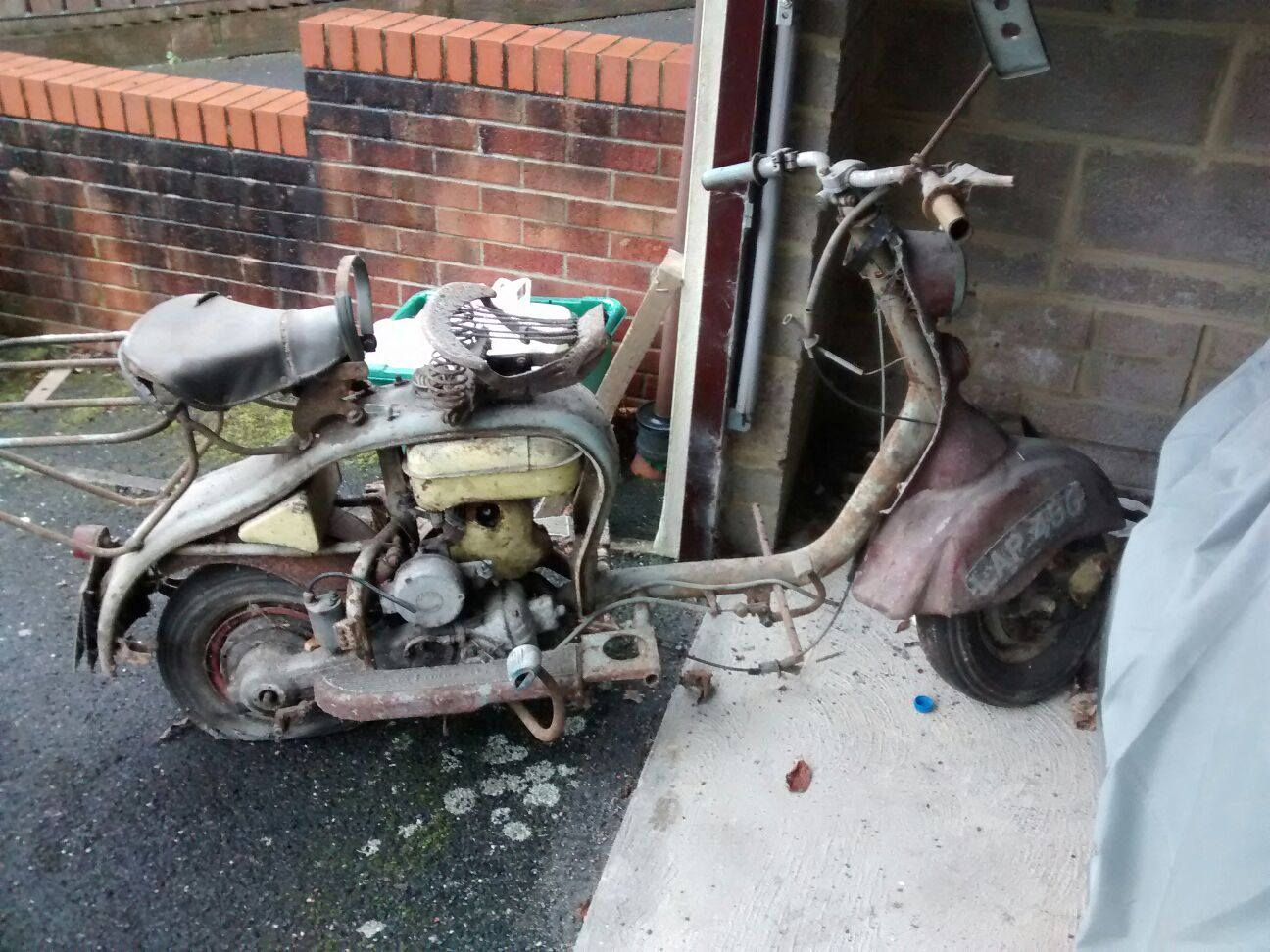 Friend of my dads gave this to me for spare when I was doing up my Li, unfortunately he did not realise its not really compatible. Its in the same knackered  condition it was when he gave it to me over 30 years ago – but one day I will do something with it. 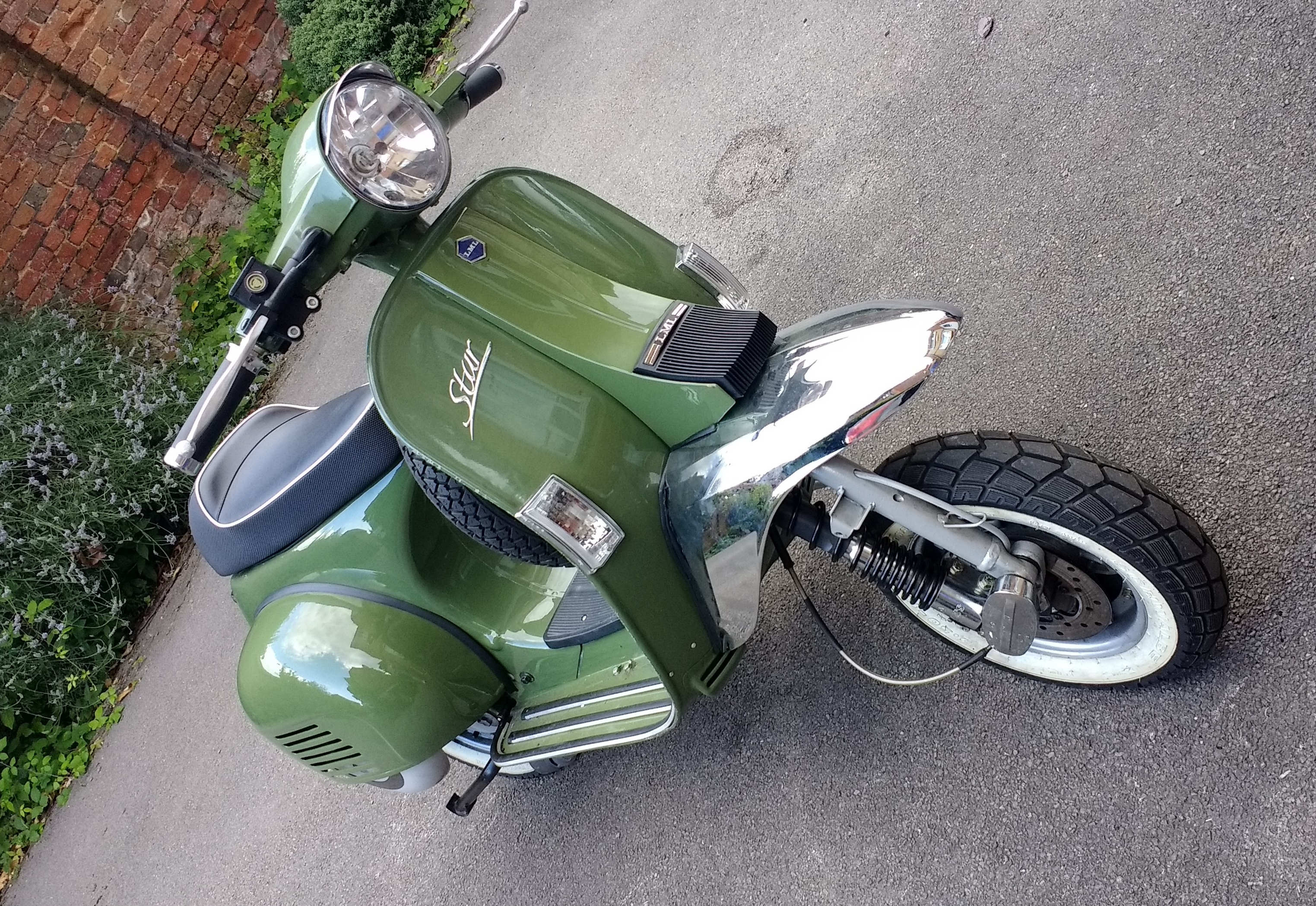 Bought for my wife, she crashed and broke her knee and has not been on it since. Whilst repairing the crash damage I made some alterations and now it confuses people. 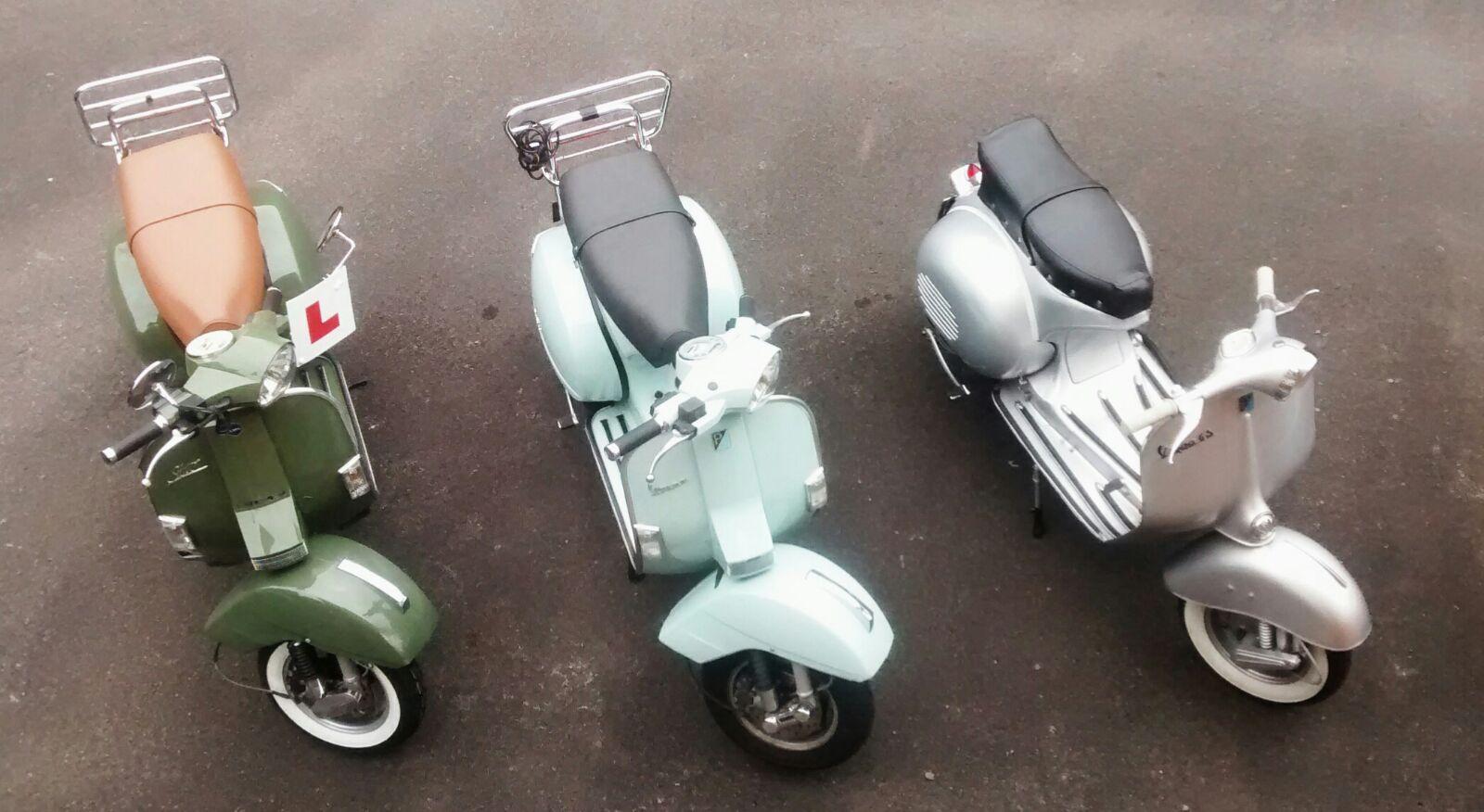 This site uses Akismet to reduce spam. Learn how your comment data is processed.

The cookie settings on this website are set to 'All Cookies' so that you have the best online experience possible from our site. If you wish to opt out click on the 'More Info' link.